Just wanted to take a side road here as I had been experimenting with MeeGo (www.meego.com), an open source Linux project which brings together the technologies of the former Moblin project (Intel) and Maemo (Nokia). You can read more about MeeGo for handsets, Netbooks and in-vehicle devices on their website.

I wrote the latest releases of MeeGo to a 4GB USB drive using the Universal USB Installer found on PendriveLinux.com . I didn’t need that much space, a 2GB flash drive would have been fine but its all I had laying around.

I did make an attempt at installing the latest version of the in-vehicle infotainment to a USB falsh drive, and it did write successfully, but it would not run on the LS800 stating that something was not supported by the processor. Oh well, would have liked to but a no-go. I wrote MeeGo 1.1 for Netbooks to the USB using the Universal USB Installer utility and was able to boot from it just fine as seen in the pic. 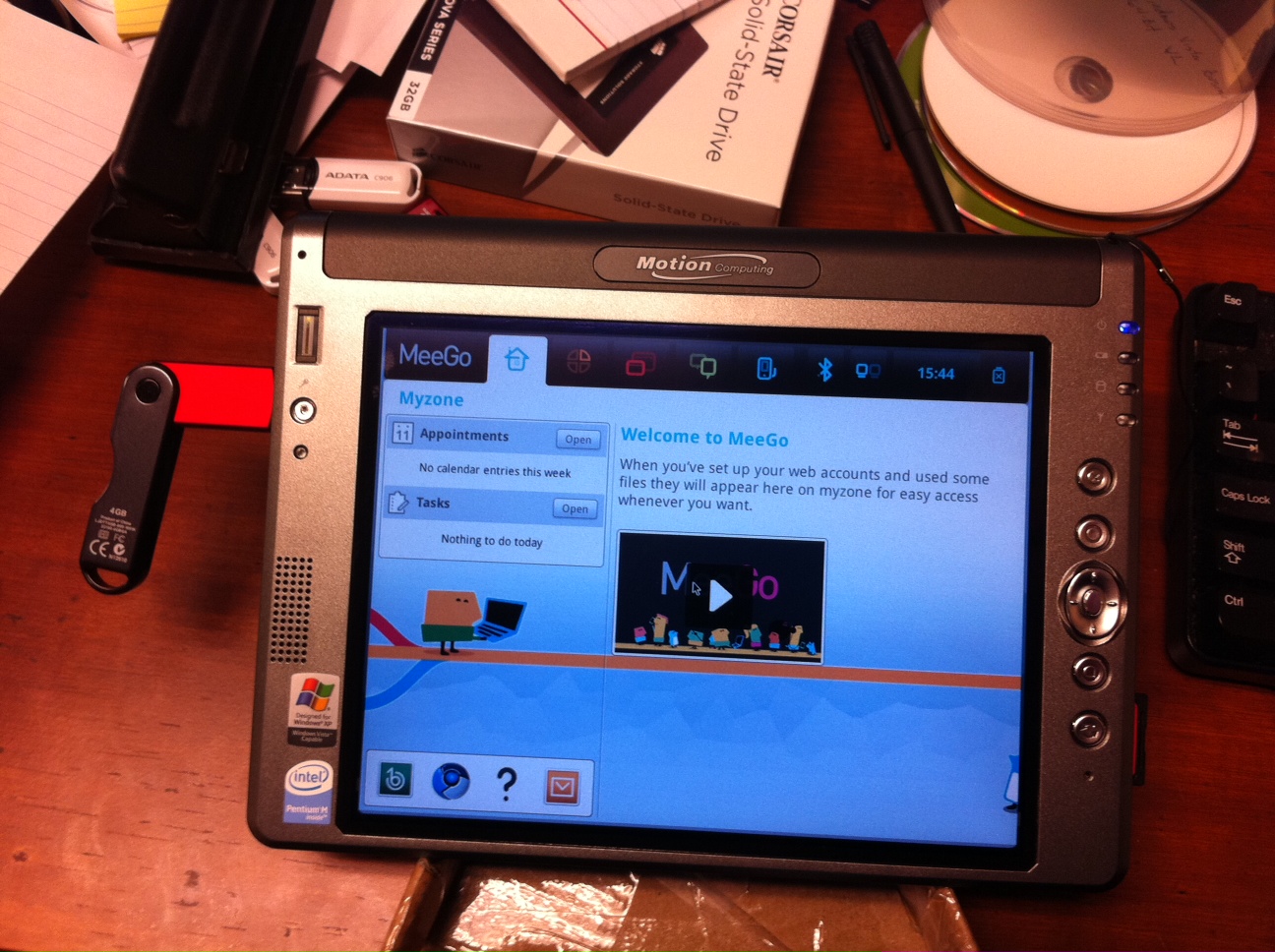 The downside is that 1) there is no support for the LS800 device although (since it is a Wacom compatible device) there are Wacom drivers available from the fine team of the Linux Wacom Project over at http://linuxwacom.sourceforge.net/ but I didnt feel like putting any time into Sudo-ing in, installing and blah blah blah. Mouse and/or keyboard work great.

A few quirks I noticed were:

1. No Wacom support for the pen (already explained)
2. For some reason MeeGo states that no battery is installed
3. Several of the applications would not start, could be an aspect of running it from the USB flashdrive though

Otherwise, Meego was blazingly fast. Unfortunately I do not have any performance software to run on Linux so I could measure the time between Windows and Linux. I’ve been leaving some posts on the MeeGo forums so we’ll see how this progresses. I may set up the LS800 to multi-boot a couple of different operating systems as I plan to at least run Windows and Ubuntu 10.10 (I love the Unity concept). I’ll upload a video as well soon of me running through the MeeGo menus.

One thought on “LS800 running MeeGo”