So I want to get my Technician Class Radio license and wanted something inexpensive to be able to use for my quest and ran across this relatively inexpensive Baofeng UV-5RE. Having been a previous owner of a Yaesu FT-50R and Yaesu FT-60R I really wanted either another Yaesu FT-60R or the FT-90R but those were not in my current budget of $100 or less. They were close at around $150 though. I might sell a bunch of my crap and eventually get one.

For the Baofeng UV-R5E I got the dual-band (2 meter / 70cm) radio, charger and hand-held microphone for around $60 – thats not a typo. Out of the box its quite plasticy but feels solid, battery attaches in a solid fashion and feels right when holding. I briefly went through the menu’s and they are pretty straight forward I feel, but I am a gadget kind of guy and adapt to devices right away.

I cant say I favor the backlight lasting maybe 5 seconds after the PTT is let go. When transmitting the backlight is orange, then it goes to a light blue and then to no color background. I think I will also get a different antenna for it. I don’t have any issues right off the bat but in forums I have been told the stock antennae isn’t worth the plastic it was molded in. I will write more about the radio as I get more into it. As I progress I will eventually work my way to a General and Extra class for digital and morse code, then bounce the the FCC for a commercial license like the General Radiotelephone Operators License, Marine Radio Operator Permit, Global Maritime Distress and Safety System operator or something. Not fully projecting that far yet. 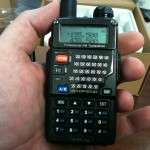 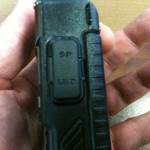 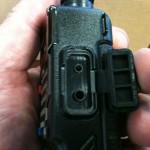 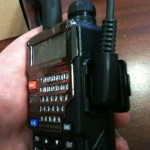 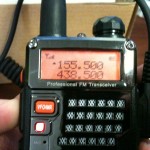 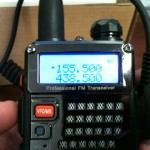 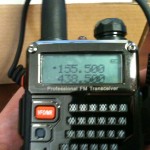 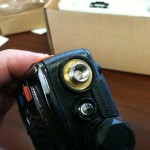 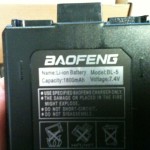 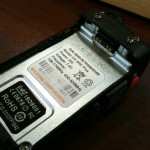 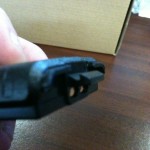 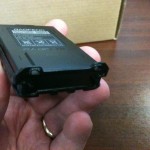 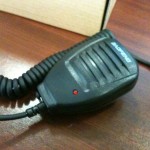 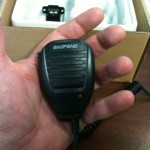 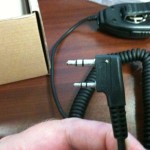