This is a Rev 2 on the VAWT (Vertical Axis Wind Turbine) concept model, the first being made originally out of cardboard, which was meant as a science project for my son to show how the wind can be converted into usable energy. We used light wood, spruce, from Michael’s hobby store for the VAWTs fins, base and reused the coils we previously made, although the next version will have eight coils rather than just four and will use bearings rather than spin on a simple piece of wood sitting on the head of a screw. 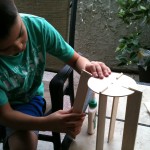 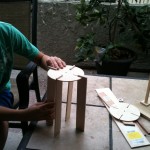 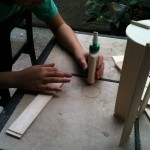 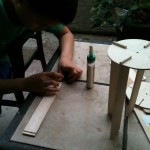 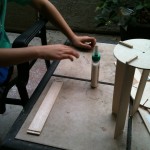 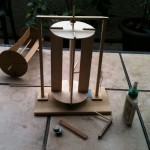 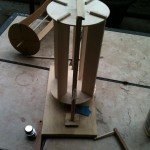 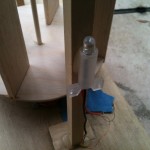 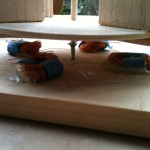