So I recently bought one of my sons an iPad (Thanks Aunt Dena!!!!) and immediately set out to see how I can protect it to the best of my ability and ran across a few things from Amazon. He has high functioning Autism so protection from drops and spills was foremost on my mind as kids will be kids and things get dropped.

After searching online on protective cases I chose the GRIFFIN protective case due to its having military specs and also being military tested to pass MIL-STD-810F. It also has a built-in clear protective cover which covers the main screen as well as the camera. I also settled on an accessory made by OtterBox which would allow for holding from behind, wearing with a neck-strap and the small pouch it comes with doubles as a stand. After ordering from Amazon I received the items quickly and I’m not sorry one bit.

There are a few caveats I have noticed but not big things in any regard. When the Otterbox is attached to the GRIFFIN case, the straps lightly hinder access to the volume buttons but I can still press them behind the elastic band just fine. Also, one of the elastic bands covers the rear camera compartment so I would need to slide the one elastic band off and open the flap covering the camera to use it. The front facing camera is unobstructed. The flaps covering some of the features such as the microphone are just a hair loose but I can live with that. The main reason I bought this is to help environment proof the iPad from food, drink, moister, drops, spells, etc.

I probably didnt mention that it is spill proof, meaning it will survive most moisture abuse.

Below are links to what I purchased and some pictures. I purchased a couple Stylus pens as well because among the software I purchased for them both was SketchBook Pro (Its in the Apple Store and not expensive at all). I use it in Windows and its just the bomb for drawing, both my kids love it on their Apple devices and the pens help quite a bit. I feel I made excellent choices given my sons situation and would recommend these to anyone. 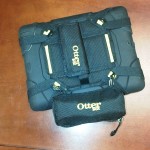 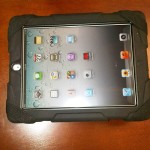 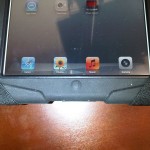 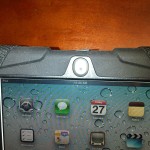 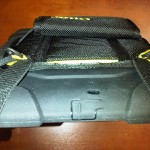 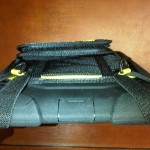 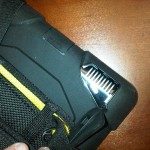 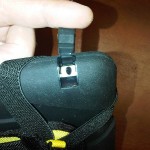 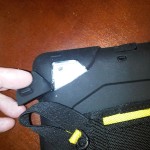 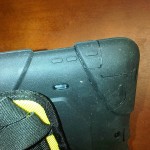 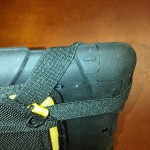 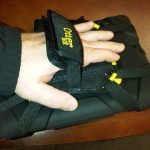 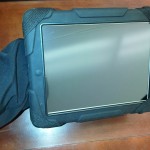 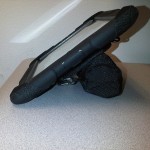 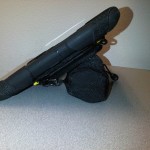 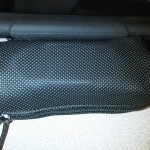 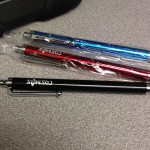 This protective case is still going strong and I have no regrets for the purchase. i think its one of the few that were manufactured really well and for long lasting use. If i needed to I would get another one.