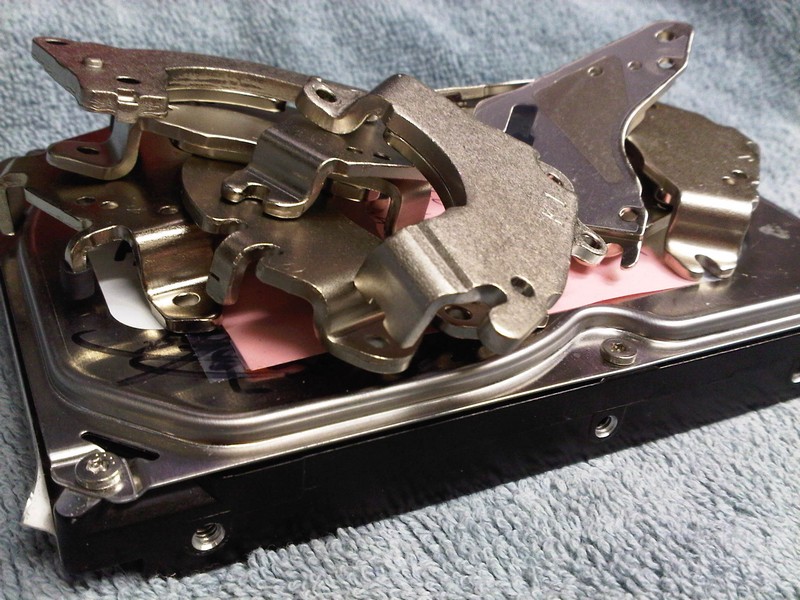 Magnets on a drive

So I know what I’ve heard about magnets over the years and them being too close to the computer, not to place magnets on the computer, etc. I guess there is some substance to that way back when with older drives but I thought I would try a simple experiment and take several neodymium magnets I had from taking apart previous defunct hard drives, pile them onto a hard drive and see what happens. The result – nothing really.

In my experiment I took the hard drive, placed the magnets on it and hooked it up to the system. i turned on the computer and it started just fine.

In my next test I left the hard drive attached, the hard drive booted and modified the placement of the magnets so that one of them was directly over the hard drive actuator arm/actuator axis area. I double-clicked on a folder and mouse hung at busy. I removed the magnet and then Windows completed opening the folder. I put the magnet back, same test, same behavior.

My next test was leaving the pile of magnets on the drive in excess of 30-days and repeating the same tests, the results were the same. No data was lost on the hard drive that I could tell, the operating system functioned just fine. It may seem like a stupid test but it was out of curiosity more than anything else. The drive I used was a Western Digital 160GB SATA drive.

I know that if I had magnets strong enough that data would certainly be corrupted or destroyed but the strength of such a magnet would be strong enough to remove the iron from my blood. Id’ just rather resort to a hammer or drilling through the drive with a nice sized drill-bit.

4 thoughts on “Magnets do what to a hard drive?”