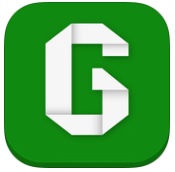 I had taken some videos of my sons basketball game on my iPhone (3GS) and wanted to transfer them in an easy fashion to our iPad (4th gen) and found myself spending more time than I should have had to. I tried pairing them via Bluetooth and then found out via forums that is not supported. Really Apple? Your won devices? Whats lame is I could sync it with my five year old Blackberry Bold but not their own branded product.

Anyway, I thought I would upload the videos to a file share and recalled I have Google Drive. I installed Google’s Drive product on both the iPhone and iPad and although I could upload to my hearts content I could not pull the files down using their app to the iPad. In reading some forums I kept seeing people comment about how it works fine for them but only later did I realize they were referring to GDrive and not Google Drive. I figured they were just giving it a slang name.

I looked up GDrive in the App Store, installed and sure enough it worked like a charm in both uploading and downloading from Google Drive. I see it as a no nonsense, no learning curve app that just gets it done. I like it so much I had to say something. It also supports a few other online drive sites like Dropbox, SkyDrive and box. You can find it on iTunes by clicking the link below. Doesn’t seem to be an Android version at the moment though.