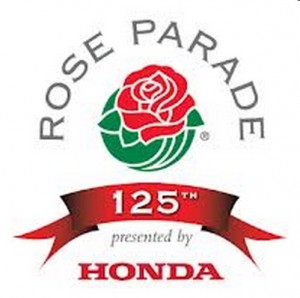 So this year the Tournament of Roses will allow a marriage to take place on the AIDS Healthcare Foundation’s float, Living the Dream: Love Is the Best Protection, a float that was created to celebrate victories in 2013 for gay marriage “advocates”.  The issue at hand to an increasing amount of people is that the bride and groom are men, long term gay partners and the marriage will be performed in public view during course of the parade that is family oriented, including children, which makes it a like it or not event regardless of personal religious beliefs, views and opinions.

A little quick history, the first ever parade was started by the Members of Pasadena’s Valley Hunt Club in 1890 at the suggestion of one of its members, Professor Charles Holder. Most of the members had all relocated and settled from the East and Midwest and they loved their little corner of California and its weather so much that the parade served to essentially advertise to the world about their little slice of California paradise. Only about 2,000 spectators showed up at the time (c. 1890) and the good Professor is the one who actually suggested the name “Tournament of Roses.” I would advise anyone interested to view the Rose Parade wiki.

Although political agendas were not originally thought or design of the parade, throughout the years, especially in war time, there have been floats celebrating those who have given their lives, floats celebrating cancer survivors and other such theme related floats but if you read up a bit on parade history you will find the originating founders of the parade had God completely on their minds. So much so that they would not even hold a parade or related activities if it fell on a Sunday. Oh there will be those who will say that it was mostly because back then such a parade would disturb church services or tied up horses but if that were the case they could have moved the start time to after church service.

The Foundation spokesman for AIDS Healthcare Foundation said the organization supports legal same-sex marriage because it encourages more stable relationships among gay men as well as behavior that will prevent the spread of HIV. Really? The AHF’s mission is supposedly to deliver medical services and advocacy in fighting AIDS worldwide. What ever set the foundation for such a thought or statement and where is the published research that even enforces their findings? By the very statement it appears that the AIDS Healthcare Foundation is not merely using their float to celebrate gay marriage advocates, as it was designed to do, but is using the float to push the political agenda of gay marriages and the decreased value of traditional marriage.

The Foundation spokesman for AIDS Healthcare Foundation also made a statement that he thinks the wedding is perfect to honor the parade’s theme of “Dreams Come True,” by showing the dream of lesbians and gay men realized. I have a bit of a problem with this actually since gay marriage is actually legal in several states – everyone has dreams – how is marrying two men during a parade even in the same spectrum of the AHF’s mission?

Why wasn’t George Takei considered? That is someone who actually and completely deserves recognition for his contributions to human rights and gay rights – a true advocate with the dream of equality. Instead, the representatives will be two gay men who were picked out of 15 gay couples to get married in public view in a venue that is really undeserving of such a thing.

By the by, I should point out that these men will not be the only gay couple to represent on the AHF float. Another couple, two women who have been together for forty-two years and married for the last five years will be riding along. The Mr. and Mr. marriage is scheduled to occur at 9:30 A.M. PST.

Look, I’m steadfast on traditional marriage but feel that if gays and lesbians want to get married it should be called an equal partnership with the same benefit rights that married couples enjoy.  I have friends that are gay and all-in-all they are the best friends anyone could have. Just because I don’t agree with their lifestyle does not mean I hate them, think less of them, makes them any lesser a human being nor will I not support their endeavors. I will be the first to stand up and say if you believe in something then fight for it and your right to be heard. I still encourage that but at the same time I am in full support of traditional family values of family and procreation. Don’t hate me for my beliefs and don’t make me believe in something that I don’t. Encouragement – man I’ll give all I can. If people want equality though, there is a flag that comes to mind with a nice old saying on it “Don’t tread on me”, that includes my beliefs. Give me respect and I will give you equal respect in return.

I live in Pasadena, will continue to show up in support of the parade, and me and my family may still be inclined to walk down the street to attend the parade since the marriage will take place at least thirty minutes or so before it even reaches us, that way I don’t have to explain anything to my kids. Everything has a time and place, even for learning about life. I simply don’t feel that right now is the time for them to learn about same sex anything. That’s also my right, as a parent.

For the FYI, the AIDS Healthcare Foundation website will be number 82 in order, right behind the (81) McQueen High School “Lancer Band” and before (83) Lutheran Mayman’s League.

I felt inclined to update this. The AHF float was toward the end of the parade and lasted about 30 seconds or so, if that, from what I had seen on TV. I recorded it to watch it later in contrast to what I had seen merely standing out on the boulevard for an hour. The float/ceremony was short and simple but my mind has not changed. I feel that given the AHF’s mission that George Takei would have been far better a representative than the AHF’s public ceremony of two men getting married.

One thought on “2014 Rose Parade – Are traditional values screwed?”